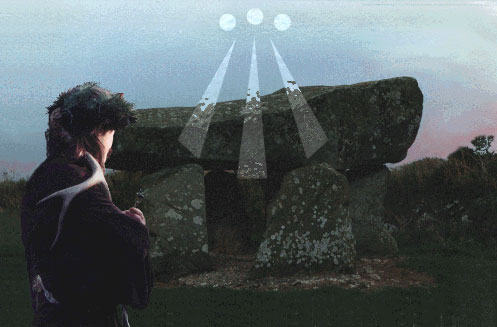 Sadness rose within me and took me by surprise as I was reading words on a page. I felt tears coming up to the surface and my chest froze in deep sorrow. Anger and bitter disappointment followed the waves of deep mourning inside and I felt like abandoning the whole idea of reading about how Druidry, the ancient religion was overthrown by Christianity. Celts, I felt, didn’t fight hard enough somehow, or at least that’s how it came across in the book I was reading and, perhaps, it is subjective to the writing. Of course, we have little to no evidence of what it was like back in Neolithic times when Druids were practicing their nature laws. Nevertheless the feeling within me could not be ignored. I wept for nature, Earth, people.

What it felt like to me was a siege of something sacred and intuitive with nature, like fire that lived within people’s hearts was extinguished and their will was taken hostage and the earth entrapped in a cage. I also felt enraged at the idea of something being take away from nature, earth and attached to one singular deity where in nature there are so many. The earth is living and breathing, it is not an abstract concept, passive and static, hijacked, as I like to say it. It is described rather than lived every day in all its beauty. This is my experience anyway.

My experience of Yule and Christmas this year, I felt, reflected my feelings towards these two religions. I never experienced this before, which spoke to me of some growth happening within seeking to define a new way for me. There was a huge amount of resistance and dissonance present with Christmas to a point of wanting to completely redefine how I do things going forward. Yule I love very much and that is here to stay. I introduced an element of ‘called travel’ to my celebration this year, i.e. travelling to a sacred place I am called towards during Winter Solstice. I enjoyed that very much.

I began studying Druidry in the last three months, as the calling was becoming louder and signs began to sprout into my consciousness to pick up books and begin delving into exploring Druidic branch of Pagan spirituality. Having been on nature-based path for a few years now I mainly adopted principles of Wicca, working with the elements, herbs, rituals and spells, moon cycles, adopting animist perspective and also creating other rules of my own and ways of doing things that resonated with my soul. I have always been an intuitive witch and pagan rather than a ritualistic practitioner. HERE I write about differences.

Druidry called to me when I began to align with the idea of Living spirituality more and bringing spirit into life, getting actively involved in community work and walking the path as a way of life every day.

The first book I read Ancient Celtic Wisdom for Everyday Life by Sophie Cornish covered Celtic history and Druidic tradition through centuries. I describe my feelings above towards a transition from pagan to christian way of things and the deep sadness that I felt while reading this particular book. It was very strong and for more than a moment I considered whether I should carry on. It had such an effect on me. I did not enjoy this particular book. I felt it lacked passion and warmth and at several points I experienced resistance. However, it gives an account of history one does need to read about when starting out. One thing that did confirm I was somehow on the right track was a sentence within the first pages of the book referring to a link between Celtic culture and Russia. This was the first time I ever came across a sort of evidence in a book that such a link existed and I felt excited.

Here are some points that I liked when reading through the book mentioned above and below. Some of them are already at the centre of my practice:

As I continued reading I felt I would definitely be adding to my already established practice rather than replacing or taking something away. I value my practices and have solidified ways of engaging with this spirituality that I am going to keep.

Redefinition of names stood out for me and what people on this path call themselves. It made me think of my own name, my personal energetic signature and I am curious to explore that further. I noticed some shifts with regards to calling myself or others a Witch. There was definitely a shift in my preference and what it meant. I came up against some resistance and discomfort even. Druid word is not yet definted either and there is more to explore there. It feels very big at the moment. I also considered an idea of not having any label or name and it is certainly a possibility. I am not attaching to a particular way of naming things, it is all about experience, which is at the heart of what I do and how I live my life and my spiritual path.

I started reading Living Druidry by Emma Restall Orr last night by the same author and again I love it so far.

Excited to continue on this journey of discovery